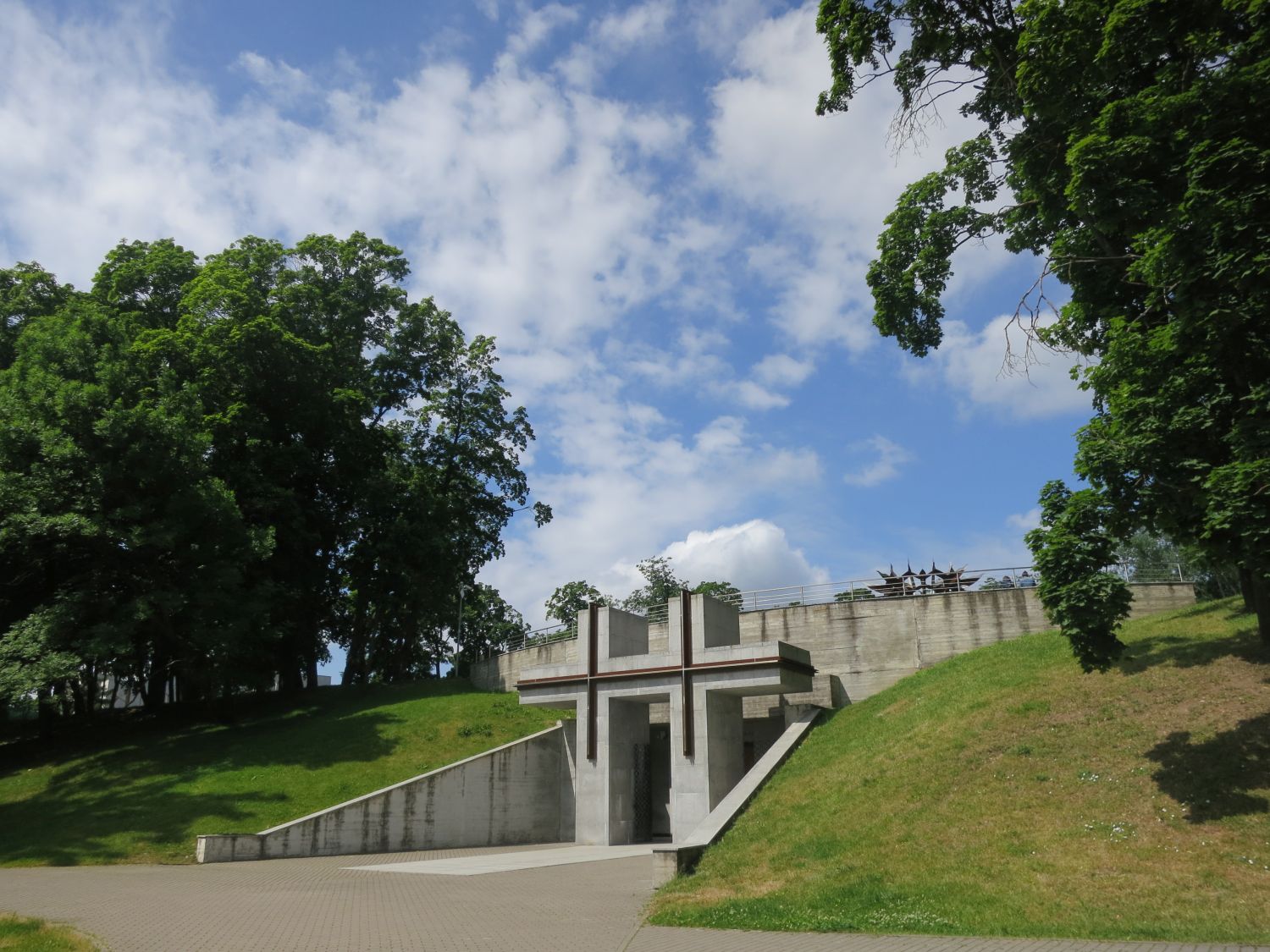 After the archaeological investigation of the graves and anthropological examination of the remains, discovered on the territory of Tuskulėnai Manor, had been carried out, a project of their final resting place – a chapel-columbarium – was developed. It was undertaken by a team of specialists: architects Vytautas E. Čekanauskas and Algirdas Umbrasas, architect-restorer Lina Masliukienė, sculptor Gediminas Karalius, and painter Gitenis Umbrasas. Architects Marius Šaliamoras and Jūras Balkevičius worked out a technical project and coordinated its implementation. State Enterprise “Lietuvos paminklai” laid out Tuskulėnai Peace Park and restored the buildings. 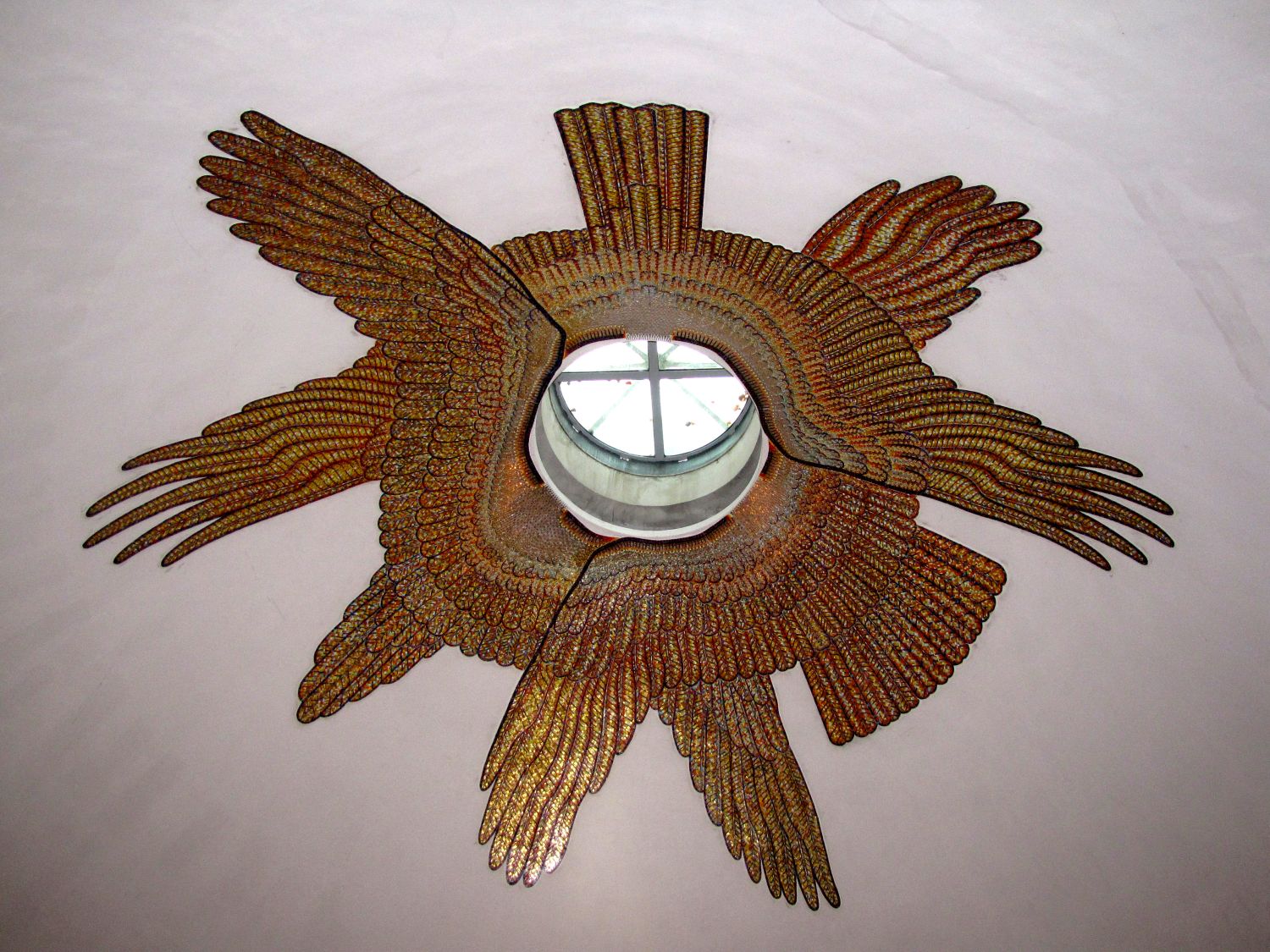 In 2009 artist Gitenis Umbrasas decorated the chapel-columbarium with artwork – vault mosaic “Trinity”, symbolising Fate, Happiness and Freedom. The artwork, made of pieces of white and yellow gold and coloured glass, is to commemorate the victims of the Soviet regime by depicting an intersection of the wings of three birds – the falcon, owl and swan. The top of the burial mound is adorned with a crown by Gediminas Karalius.

The chapel-columbarium in the Memorial Complex of Tuskulėnai Peace Park pays homage to the victims, thus immortalizing their legacy. 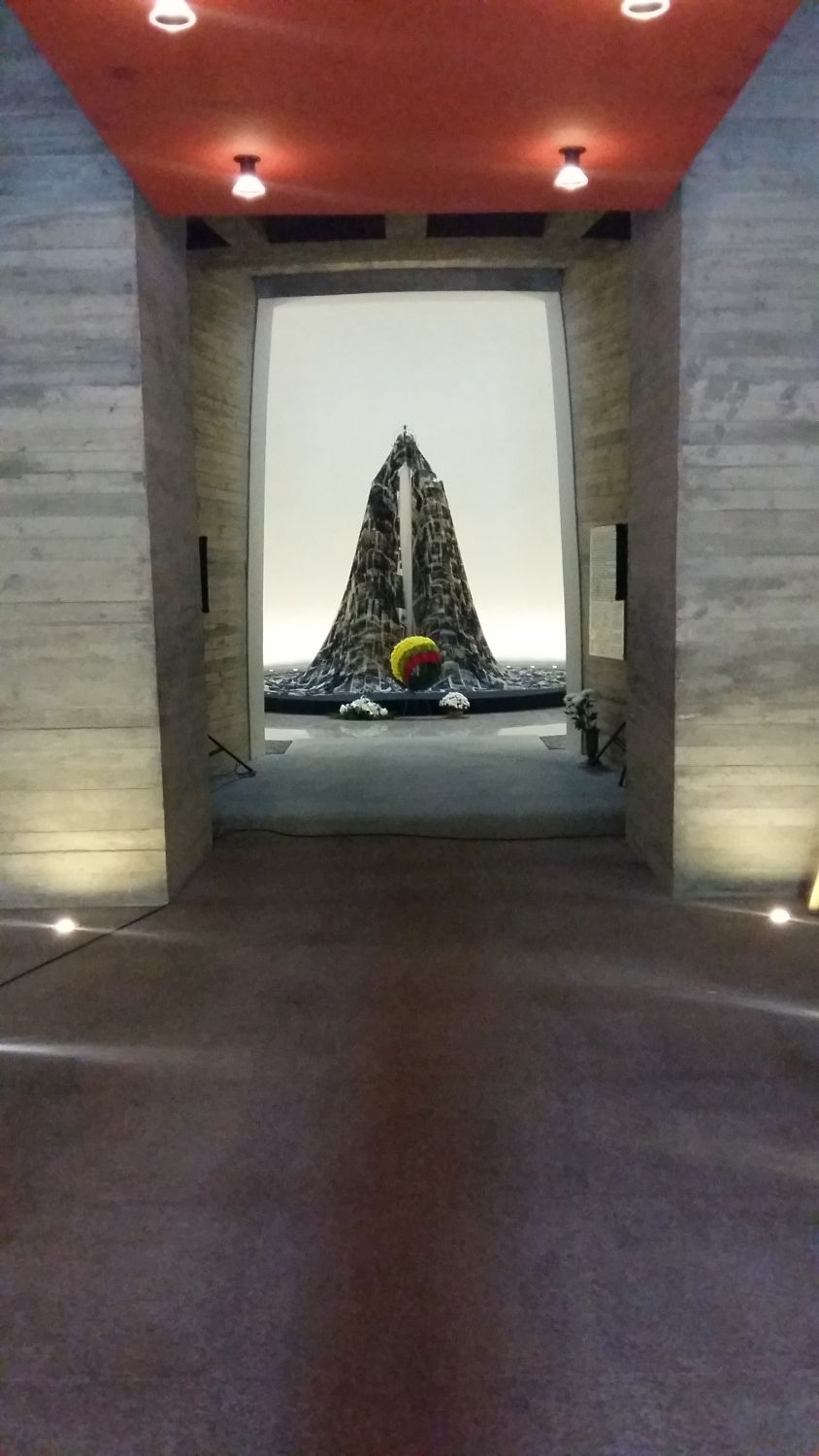 Visiting hours of the Chapel-Columbarium

Admission to The Chapel-Columbarium is during the opening hours on request: